If we stick to its definition, which can be found in dictionaries, we can see that it always refers to a set of data and often adds the fact that these are sorted and processed. But we are going to see that these definitions are imprecise and even erroneous in assimilating it to the concept of knowledge.

This seems to be totally contradictory, especially if we take into account the conventional idea of what is considered as information. However, this is easy to understand. Let us imagine that we find a book in which symbols appear written that are totally unknown to us. We will immediately assume that it is a text written in a language unknown to us, since, in our culture, book-shaped objects are what they usually contain. Thus, we begin to investigate and conclude that it is an unknown language without reference or Rosetta stone with any known language. Therefore, we have information but we do not know its message and as a result, the knowledge contained in the text. We can even classify the symbols that appear in the text and assign them a binary code, as we do in the digitization processes, converting the text into an ordered set of bits. 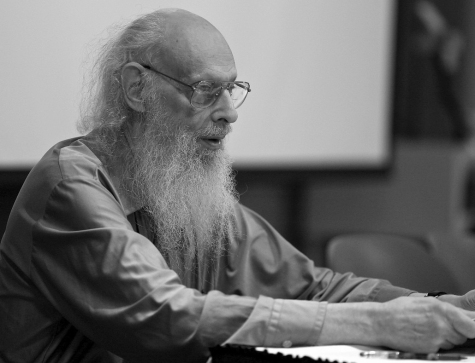 For example, suppose we are told a certain story. From the sound pressure applied to our eardrums we will end up extracting the content of the news and also we will be able to experience subjective sensations, such as pleasure or sadness. There is no doubt that the original stimulus can be represented as a set of bits, considering that audio information can be a digital content, e.g. MP3.

But for knowledge to emerge, information needs to be processed. In fact, in the previous case it is necessary to involve several different processes, among which we must highlight:

In short, knowledge is established by means of information processing. And here the debate may arise as a consequence of the diversity of processes, of their structuring, but above all because of the nature of the ultimate source from which they emerge. Countless examples can be given. But, since doubts can surely arise that this is the way reality emerges, we can try to look for a single counterexample!

A fundamental question is: Can we measure knowledge? The answer is yes and is provided by the algorithmic information theory (AIT) which, based on information theory and computer theory, allows us to establish the complexity of an object, by means of the Kolmogorov complexity K(x), which is defined as follows:

For a finite object x, K(x) is defined as the length of the shortest effective binary description of x.

Without going into complex theoretical details, it is important to mention that K(x) is an intrinsic property of the object and not a property of the evaluation process. But don’t panic! Since, in practice, we are familiar with this idea.

Complexity of digital content, equivalent to a compression process

A similar scenario is the modeling of reality, where physical processes stand out. Thus, a model is a compact definition of a reality. For example, Newton’s universal gravitation model is the most compact definition of the behavior of a gravitational system in a non-relativistic context. In this way, the model, together with the rules of calculus and the information that defines the physical scenario, will be the most compact description of the system and constitutes what we call algorithm. It is interesting to note that this is the formal definition of algorithm and that until these mathematical concepts were developed in the first half of the 20th century by Klein, Chruch and Turing, this concept was not fully established.

Alan Turing, one of the fathers of computing

It must be considered that the physical machine that supports the process is also part of the description of the object, providing the basic functions. These are axiomatically defined and in the case of the Turing machine correspond to an extremely small number of axiomatic rules.

Structure of the models, equivalent to a decompression process